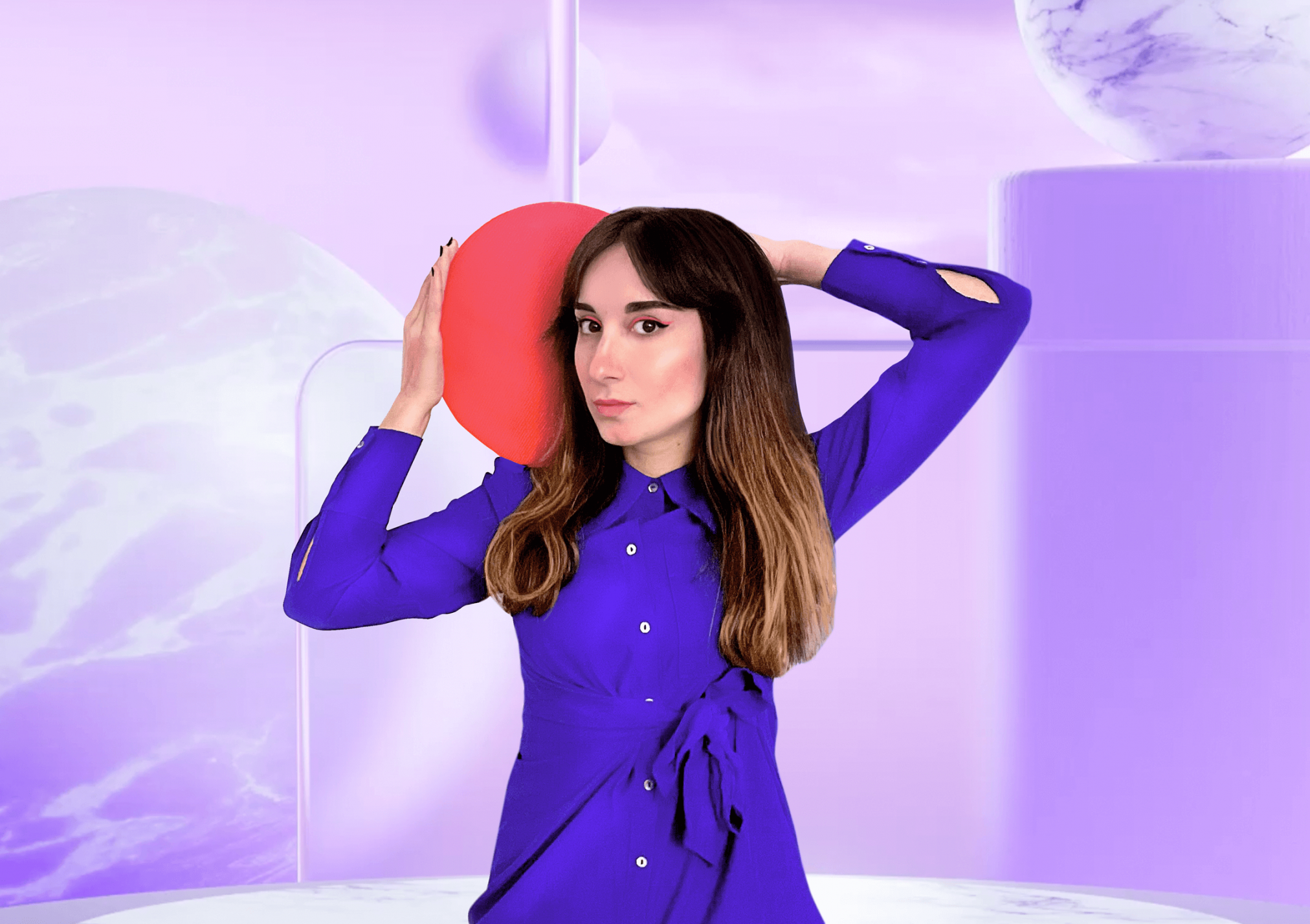 Mayya Georgieva is a Bulgarian designer, creative director, and artist living in Berlin. She is the founder of the Berlin-born GEO STUDIO a brand and digital design firm operating virtually. Before founding the design studio, she held senior positions in the startup, freelance consultancy, and design agency worlds. Her experience extends from brand identity to digital and interaction design.

Mayya’s work has been internationally published, recognized, awarded, and exhibited at major design competitions and by media, including the International Visual Identity Awards, Design Made in Germany, and Muzli.

HOW DID IT START

The journey began in Sofia, Bulgaria, where Mayya was born and raised. Now, Berlin is her home, though you can often meet and greet her in her hometown or Vienna.

Her interest in using graphic software and paint professionally began when she was nine years old. Influenced by the Plakatstil, Bauhaus, and Pop art movements, Mayya became increasingly attracted to contemporary art and design. The increased use of modern technology, stop motion animation, and computer animation sparked her interest in digital products and gadgets.

During her studies, she exhibited in numerous group exhibitions and took part in design and art competitions. In 2015 she completed a BFA in painting at the National Academy of Art in Sofia. In the same year, she presented her artwork as part of a group exhibition at the Union of Bulgarian Artists.

SHE DID THIS AND THAT

In the summer of 2008 when Mayya was fifteen years old she did her first internship in a design agency. For a couple of months, she helped with the design of Topshop magazine in Sofia.

During her studies in 2011, she interned as a graphic designer at the prestigious Havas agency. There she has worked for clients like Beaujolais Nouveau, Carrefour, and Société Générale.

In 2013 Mayya began as a graphic designer at the independent agency The Smarts in Sofia. In 2015 she was promoted into the position of art director and led projects for clients like Smirnoff, Unicredit, and GlaxoSmithKline. After taking numerous courses on UX and UI design in 2015 and 2016, Mayya changed the focus of her work to designing mostly brands and digital products.

In 2016, a year after earning her bachelor of fine arts, Mayya relocated to Berlin. There she worked as an artist, an employee, and a freelance consultant for numerous companies.

In 2019, after gaining experience and building up a body of work, she began her journey as a full-time freelance designer with the goal of opening her own design studio. As a freelance consultant, Mayya often partnered with teams of professionals to help establish or increase the scale of complex, digital, user-centered products. Other times she worked as a one-woman show, designing brand identities, or building bespoke digital experiences for companies like Movinga, Smunch, HAVI Connect, Martin Luther University of Halle-Wittenberg, among others.

Driven by the dream of opening her own design studio, in 2021 Mayya founded GEO STUDIO, and works with her team to help clients scale or establish their brands.

Through form and rich details, Mayya likes to work with the subjects of beauty, storytelling, imagination, and reality. She depicts those in the form of imaginary, colorful portraits, where people and animals are drawn not as they are but as they could be.

Different to her design work, in her paintings Mayya has the freedom to obey only the rules of her own vision and let her thoughts and ideas go wild. Keep an eye out for upcoming exhibitions, and look at the GEOatelier for selected goods for sale. The shop will open online in 2022.

Tipp: tab on the card to reveal more details.

Know the core, be true to it and share it with the world.

Work should be fun!

No one has all the answers. Always stay open to new perspectives.